Here’s something to read while everyone is in lockdown. I wrote this for a creative writing group at the educational centre where I work. We were exploring stories for children, or about children.

Stealing biscuits from the cookie jar is exactly what people always accuse children of doing. But Stacey couldn’t resist them. This week Mummy had bought the crisp chocolate-coated ones, frosted with icing sugar.

Stacey was good at telling the time and she knew it was a quarter past midnight and everyone had gone to bed. As she headed towards the high cupboard in the kitchen, which she would be able to reach easily if she stood on the stool by the breakfast bar, she saw something faintly at the edge of her vision. It was like a ball of wool unravelling in mid-air.

At first she ignored it and carried on walking towards the cupboard, making her footsteps stealthy and quiet. But now she could see other strange effects in the air around her: ripples spreading out and then flattening as if something had smudged them, and long, curly tendrils, tattered and brown, trailing down into the room from the ceiling. The faces of various kinds of animals began to appear, hovering in the corners. Blurred human faces floated near the middle of the room underneath the electric light, (which of course was switched off.)

Stacey paused. A large image of a biscuit was still floating in her mind, but the external view was distracting. Something cobwebby brushed her face as it danced by, invisible. She could hear tinkling, a sound that a music box might make, and her feet had begun to crunch as she crossed the floor so that she felt she was walking on sugar mice.

One of the human faces was gradually becoming clearer and more solid: an old woman with leathery skin and hair like a bunch of twigs. Had she been about to steal biscuits from the witch in Hansel and Gretel? The kitchen suddenly seemed taut, as if it was made of barley sugar.

The old woman smiled broadly and held out her hand, and in it were many silver wires wriggling like eels. She addressed Stacey in a cracked voice. “Can I get you something, dear?”

Once fear had penetrated Stacey’s biscuit bubble, it grew quickly. She turned and ran back to the stairs and then up towards the refuge of her bedroom. She meant to be quiet,but in the darkness her feet thudded against the steps, and her mother and father came out of their room wearing nightclothes. They turned on the light.

“Stacey! Are you all right?”

“Yes, Mummy, but the kitchen’s gone all funny, all wiggly.”

“What were you doing down there? You should have been in bed.”

“I was only looking for biscuits. Oh,” she finished, realizing what she had said.

“Naughty girl, going down there in the dark. You could have fallen over and hurt yourself. Why didn’t you ask? I would have given you another biscuit.”

Stacey ran into her mother’s arms and hugged her. She was sniffling a bit, but not really crying.

“Come down with me and you’ll see there’s nothing wrong with the kitchen,” Daddy said.

And there wasn’t. It had all vanished. As Stacey sat in the rocking chair eating the chocolate biscuit that Mummy had given her, she was full of wonder at the enchantment that had come over the kitchen, even though it made her look like an idiot who imagines things. 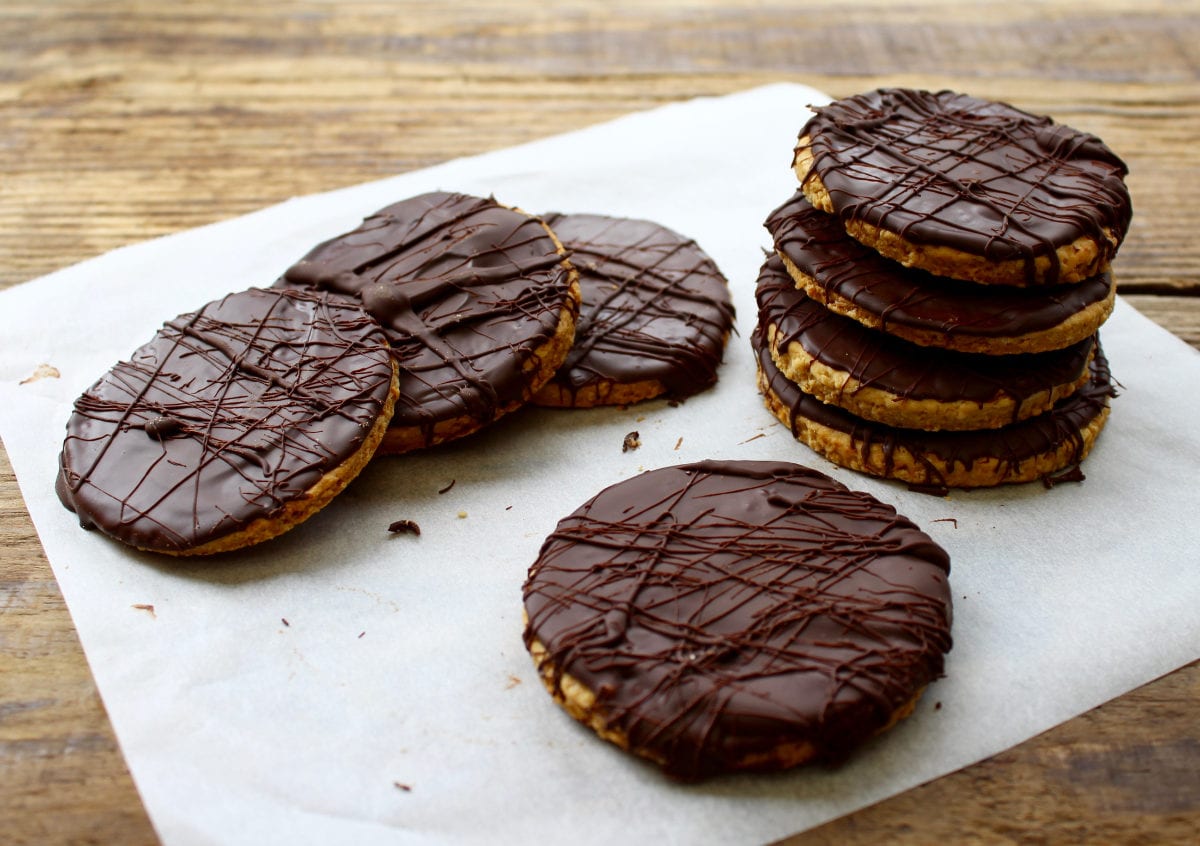