I ate a mouthful of rich candied fruit, weak sherry, and chocolate money that was standing in for silver coins. That was our Christmas pudding. My hands were twisting in my lap, and clutching a serviette which they gradually pulled to pieces.

Mum refused to put brandy in the pudding, and she didn’t put out turkey or ham either. She was vegetarian, yet vicious, a strange combination that were never meant to exist together, but co-habited in her heart and mind.

On the cake, crisp royal icing glared up at me, and a thin plastic Santa Claus climbed it. But his hands and feet slid constantly, and he fell down a little way and then a little further, till he was slipping and sliding like a mountain climber who has lost his footing.

There were two socks pinned to the fireplace, socks only large enough to hold a few sweets, which mother considered was the original purpose of using that particular garment. Now that they were empty they served as a decoration that was meant to express cosiness by the fire, though it somehow managed to express instead, “no shoes.”

We never watched Christmas TV, not even the Queen, God bless her. Or God save her, as they say. I wanted someone to save ME, from this sparse house.

I wondered whether Father would call round with an unevenly wrapped parcel for me, like he did last year. There was no sign of him yet, but last year he didn’t appear until six in the evening.

The mantelpiece shuddered as the clock chimed two, and my phone vibrated  as if I had picked it up. But that would have been impossible, because  my hands were still under the table. 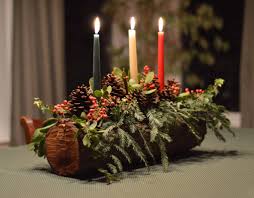