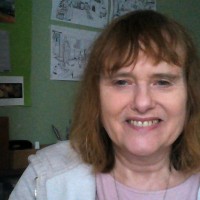 Ino and I both wrote a flash fiction story called ‘Updates.’ 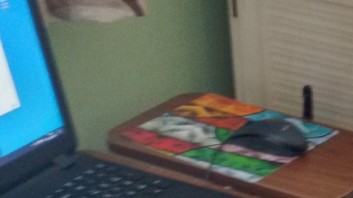 “Tell me what’s happening out there. Please reply as soon as you can. Are you all right?”

That was the message I sent to my sister in the earthquake zone. I wanted to jump onto a plane and go out there, but I knew the airport wasn’t operating. The phones were dead too. There was only the computer, and all I could do was wait for updates.

Computers are so impersonal. I might receive a series of messages, along the lines of:

“We still feel fine, but no supplies are arriving.”

“We’ve all fallen ill. I hope they hurry up and send help.”

“The situation is getting desperate. I think we’re going to die.”

Or perhaps I won’t hear from her in person: it will just be news bulletins.

‘The whole area is devastated, and here is a number to ring for enquiries.’

No information on the phone line.

‘ Still chaos, and no communication with the disaster zone.’

An in-depth analysis of what ought to have been done.

“I haven’t been updated since the first century.”

That made the students jump. Then, after a short silence, one of them asked, “AD or BC?”

The creature, which had streamers and was wearing a white dress like a doily, pointed to the sky and said, “up there, they don’t distinguish. It’s all ACDC.”

The students were getting really intrigued now. They gathered round, and the ones who were at the back stood up on their desks. Unfortunately it was not an evocation chamber but a science laboratory, with sinks and long brown taps curving over them. They hadn’t expected their experiments to result in this supernatural creature visiting the lab.

Along the ceiling, several strip lights blew a fuse and went out, hiding the dust in the corners which had previously been clearly visible to the whole class.

The creature was not sure whether the students counted as dust, because the Bible said they came from dust, and the scientists of the day were all declaring that humankind comes from stardust.

In the end she pirouetted around, causing her doily dress to float on the air currents, and headed for the large jar of dust that stood outside the room, in the corridor. She popped inside to examine it, found no useful information, and decided abruptly to return home.

The students told their incredulous tutor that a fairy had come in, broken the lights, and then had somehow been sucked up into the vacuum cleaner. They all told the same story, and could not be moved from their account.

The tutor put in a bid for a new lab, more modern and not so dusty, and hoped that would solve the impossible riddle.